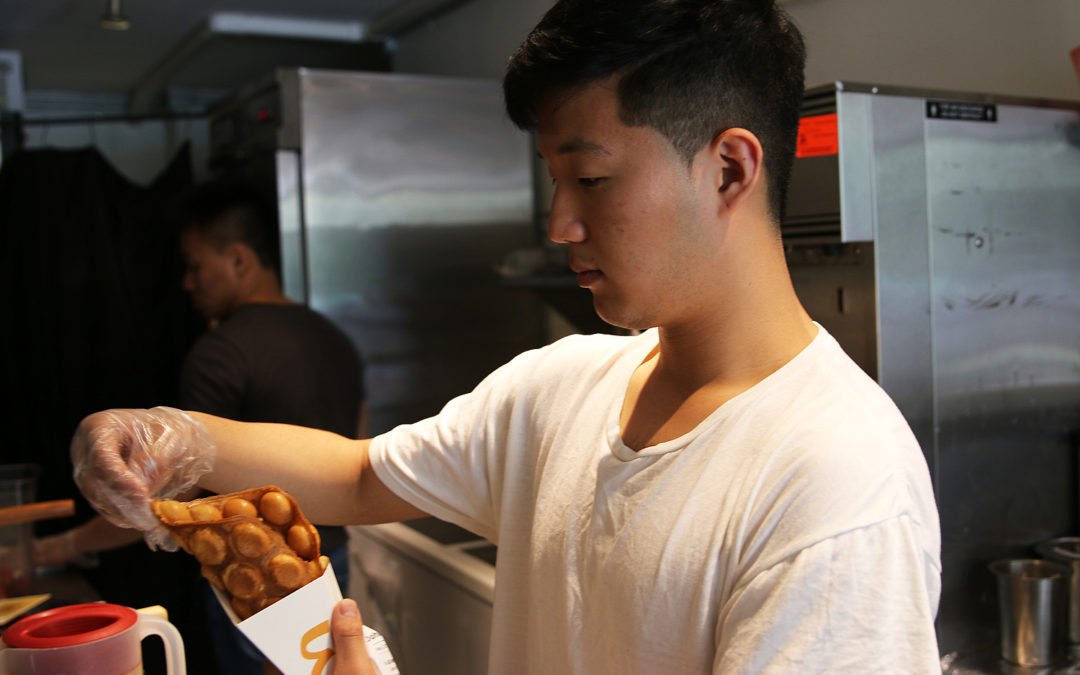 As the weather gets warmer, people flock to Chinatown’s Eggloo for one of its signature Hong Kong egg waffles with ice cream. One of the waffle makers, Choung woo Hyun, 21, who was born in South Korea and moved here as a toddler, says he makes the minimum wage.  Hyun doesn’t complain about the wages since he still lives with his parents in Queens. On an average summer day, he says, he makes around 200-300 waffles. Hyun will trade in the waffle maker for college textbooks this fall. — John Friia